In addition to ensuring that the choice of medicines is evidence-based and clinically appropriate to meet the needs of the patient, the principles of medicines optimisation require that cost-effective medicines are used where possible81. 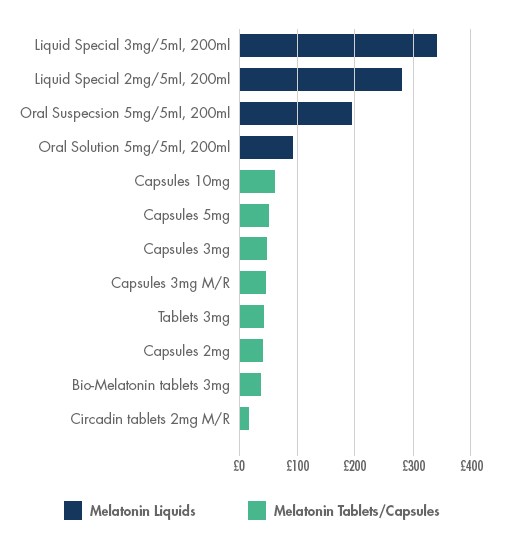 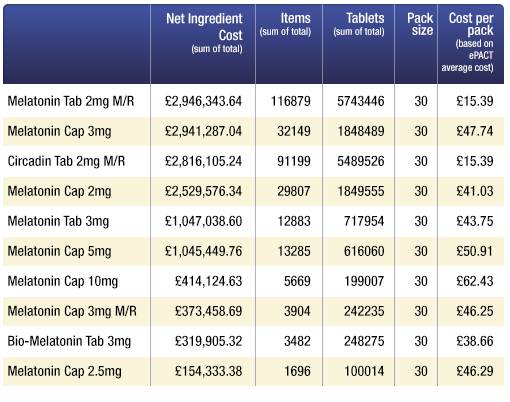 In 2013, the London Procurement Partnership advised that “all other formulations of melatonin are significantly more expensive than Circadin” and whilst “approximately 40% of all melatonin dispensed is Circadin®, [this only] accounts for around 20% of the cost of all melatonin formulations.”

Whilst there will be instances whereby alternative formulations will be considered the most appropriate for specific patients (eg. liquid formulations for patients with swallowing difficulties) it is clear that many prescribers are not currently adhering to best practice by using the licensed, most cost-effective formulation of melatonin wherever possible.

Supported by an unrestricted grant
from Flynn Pharma Ltd in the UK.